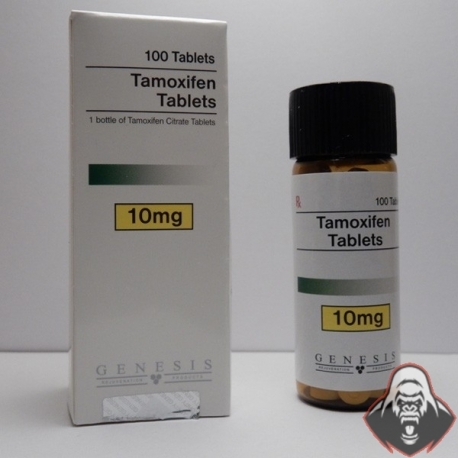 Even if you have a light cycle using AAC, the need for post rehabilitation therapy does not fall. Thanks to it, you will be able to help the body to recover and minimize reversion. One of the drugs most widely used in this period is tamoxifen citrate
Nowadays, one can hear the opinion that some mild AAS does not suppress the pituitary working angle and therefore can do without PBC. However, this cheating force and any steroid in varying degrees, reduces the rate of endogenous production of the male hormone.
The positive qualities of tamoxifen citrate - Great blocking of estrogen receptors of the type.
- contributes to the activation of the secretion of FSH and LH hormones.
- normalizes the cholesterol balance.
These properties of the drug is enough that he was able to become very popular in the citrate bodybuilding of tamoxifen facing his task. If you need an effective drug for regenerative therapy, then you can not doubt in tamoxifen citrate

Nowadays, the network is often possible to find courses already done in which this drug is used during the actual steroid cycle. This is totally erroneous, as the drug reduces the concentration of IGF-1 and therefore significantly reduces the efficacy of the course. Today we mozheet freely buy tamoxifen citrate in Europe and in the usual pharmacy, but its value will be sky high. Much more cost effective than doing this in our online store.
Therefore, we have found that the drug should only be used during rehabilitation therapy. However, there is a limitation - namely, the presence in the cycle of nandrolone, trenbolone or oxymetholone. If at least one of the above used AAS, the need to use Clomid. This is due to the fact that tamoxifen citrate has the ability to improve the activity of these anabolic progestogens.
Begin taking tamoxifen in FCT within a couple of days after steroid application and short in 14-21 days if a part of the course was prolonged preparations.
The tamoxifen dose depends on the power cycle performed by you. For example, after half the course it takes for a month to take the drug at 20 mg a day and then another two weeks at 10 milligrams.
Tamoxifen side effects


Vaginal pruritus
Bleeding
excessive sweating
indigestion
Headaches
It should be noted that the side effects described above are possible, but in practice they do not come very rarely. Less common side effects that may turn against tamoxifen citrate include the following symptoms:

eruption
Reduction of leucocytes produced by the body
endometrial changes
The increase in triglyceride levels
pulmonary embolism
It is important to note that this medication can not be used for pregnant women and women who are preparing to conceive a child. The fact is that taking tamoxifen citrate or any other SERM drug category can greatly damage the developing embryo.
Nowadays, the network is often possible to find courses already done in which this drug is used during the actual steroid cycle. This is totally erroneous, as the drug reduces the concentration of IGF-1 and therefore significantly reduces the efficacy of the course. Nowadays it is free to buy tamoxifen can in Europe and in the usual pharmacy, but its value will be by the clouds. Much more cost effective than doing this in our online store.