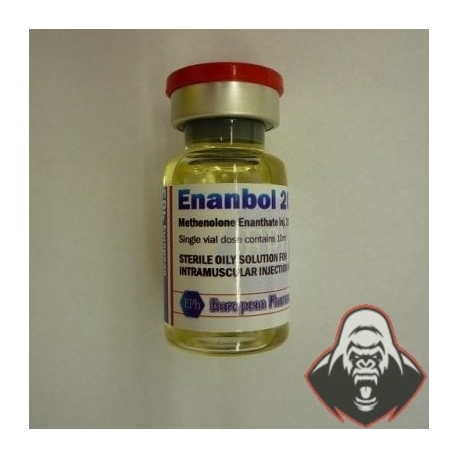 The constituent substance main is methenolone enanthate. Its main advantage is that the drug based on the substance considered as the more efficient and, at the same time, is one of them safer of them steroids in the market.

Methenolone enanthate dosage: The drug can be used in the same proportion as other anabolic steroids. In some cases, even the athletes individual made this substitution of certain drugs.

It does methenolone enanthate varies around 400 mg per week. It can also be combined with many other hormones and steroids. However, in this case, there is a comment. It is best to make a combination with steroids, which are little or nothing at all susceptible to the process of aromatization. Therefore you will achieve better results, as well as significantly reduce the risk of side effects.

How does it work? Most of the athletes marked the good properties of the drug not only in the set of muscles but the other figures. For example, the host, there is a significant increase in appetite, normalize blood pressure and the process of circulation in the body, muscle tissue is obtained an amount significantly larger than oxygen and nutrients.

Also, compared to many couples, the price is significantly lower, which also plays an important role in a large number of bodybuilders.

Methenolone enanthate side effects: To dose low, the drug does not have any influence on the organism. All functions and systems work without any problem. The drug practically suppresses the production of testosterone, which makes it possible to prevent many health problems.

As such side effects of the drug do not have and are not valid, they cause damage to the human body. Their safety can be judged, even by the fact that women can be taken freely. It is the main steroid for women, since its action in the body, even moderate for the female body.

However, this applies to small doses of valuation. If you exceed the dose of 100 - 200 mg per week, then after awhile I can see an abnormality in the body. Therefore, for women is better to restrict this dose for 3 - course of a week.