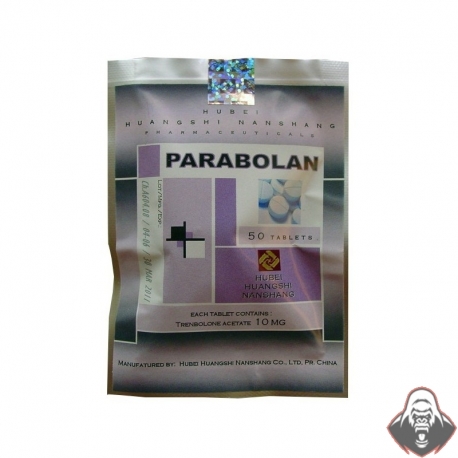 Finaplex (also known as trenbolone) is a synthetic steroid which was once used in the agriculture industry to fatten livestock. The drug is a potent weight stimulant agent and can increase the appetite. Finaplex is an esterified steroid which enables it to act for a longer period.

Even though it was used as an anabolic agent, it is also a potent androgenic drug. It is only available as an intramuscular injection. As soon as it was realized that the drug had anabolic properties, the bodybuilders and other athletes started to consume it in large amounts. The drug does increase the body weight and muscle mass as long as the diet is rich in calories.

The drug is still widely abused by bodybuilders to increase muscle mass. The question is whether it is Finaplex that is being injected. Since the drug is no longer manufactured by pharmaceutical companies, all the production is done in SE Asia, Mexico and Eastern Europe. Some clandestine laboratories do make the drug, but the quality and purity of the product are in question. The drug when injected is slowly absorbed in the body and remains in the body for 3-7 days. Finaplex has been shown to increase protein synthesis and induce positive nitrogen balance.

Most bodybuilders claim that it increases appetite, decreases muscle breakdown and also helps recovery after injury.

At small doses, it is safe. Only at the very high doses is it converted into estrogen- which causes water retention and gynecomastia.

Finaplex is used to build muscle; the majority of users suggest cycling it with other steroids for 3-6 weeks. The most common other steroids used with trenbolone are Dianabol and Anavar. Further, one needs to eat a diet high in calories to gain the weight. Others recommend Finaplex with Growth hormone/thyroxin at small doses. The main thing to note is that one should not take Finaplex for more than 4 weeks at a time. This increases the side effects and also leads to a suppression of testosterone levels. To avoid the suppression of testosterone, some even recommend starting clomiphene after a 2 week washout period.

Most beginners would do well with 50mg every other day of Trenbolone Acetate (Parabolan) (for a total of 200mg weekly) and are more than enough for staving off muscle loss during a cut. Intermediate Trenbolone dosages venture into the 75 – 100mg every other day range (a total of 300 – 400mg per week) and produces remarkable changes in the physique.

Some of the most common side effects of Trenbolone Acetate (Parabolan) are hair loss, acne and high blood pressure; other common side effects mostly associated with anabolic steroids due to estrogen conversions such as bloat and water retention are non-existent here due to no aromatase effect. As Trenbolone does not aromatize many assume Gynecomastia is of little concern, this isn’t so. As a powerful Progestin, this can lead to an even worse case of Gynecomastia but typically only in very sensitive individuals. There is one side effect that is guaranteed in all men who supplement with Trenbolone, and it is natural testosterone suppression. Trenbolone will shut your natural production down and hard, make no mistake and that is one of the many reasons but the most important reason of all as for why you must supplement with some form of exogenous testosterone. Those who use Trenbolone can expect at least one of these effects, such as; insomnia, night sweats, rapid heart rate, anxiety and a loss of libido when the dose is too high.

There are reports that Finaplex can degrade with time. A few cases of kidney damage have been reported after the use of this steroid. The biggest problem is that because the bodybuilders take so many other drugs, it 's hard to pinpoint the cause of the renal damage. Whether renal damage occurs or not, always make sure you inject a fresh product. If the oleaginous suspension you have looks brownish and clumped, get yourself a new vial.

The drug can also alter the cholesterol levels in the body and lead to a future risk of heart damage.