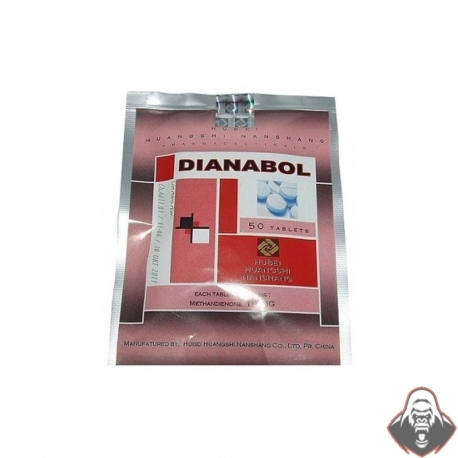 Dianabol is a synthetic steroid very similar in structure to testosterone. It is one of the oldest anabolic steroids on the illicit drug market. The anabolic properties of the drug were quickly realized soon after it was manufactured. It was first synthesized in 1958 at a time when the toxicity of steroids was not appreciated.

In fact, it was first marketed as a muscle growth agent and widely used in the 60s and 70s. Over the next decade, the drug proved to be a success for many athletes and bodybuilders, but soon the side effects of the drug became apparent.

Dianabol is still widely used by athletes in all sports. The drug is combined with a variety of other drugs to augment the body building process. The dose of Dianabol ranges from 10-100 mg/day for 4-6 weeks. Most individuals see a result after 4 weeks. However, it is recommended that the drug should not be used for more than 4 weeks at a time. It is often combined with other anabolic hormones like Equipoise, Anavar or Winstrol to potentiate the effects.

The starting dose for a novice bodybuilder should be 10mg/day, and this should only be gradually increased during the 2nd cycle. The drug is also converted to estrogen at high doses. During the washout phase, some bodybuilders add Clomid or Nolvadex to the regimen to maintain the testosterone levels to a high. The addition of Clomid also minimizes the breast enlargement and water retention.

The weight gain is gradual, and despite what is claimed on the internet, there is no sharp increase in weight. The early weight gain is usually from the water and sodium retention and not build of protein. To see benefits from Dianabol, one has to take the drug for at least 4-8 weeks. Dianabol should not be taken in the season because it has pronounced side effects. The drug should be started slowly during offseason and continued at small doses.

Estrogen side effects because the body aromatises the steroid, Gynecomastia is a constant concern especially when the dosage is high. Water retention can also create a problem by causing the muscle mass to lose definition because of accumulated water and fat. This can be countered by taking an anti-estrogen with the steroid. Methandienone (Dianabol) can have androgenic effects such as oily skin, acne, and abnormal hair growth. On the other hand, it has been known to accelerate the process of hair loss and balding. In women, it can create significant masculine effects such as the deepening of the voice and growth on the face. People prone to these effects should seek a milder alternative such as Deca-Durabolin.